In its new report, Safety of Journalists Covering Protests – Preserving Freedom of the Press During Times of Civil Unrest, the UN Educational, Scientific and Cultural agency (UNESCO) said that between January and June this year, journalists have been increasingly attacked, arrested and even killed. 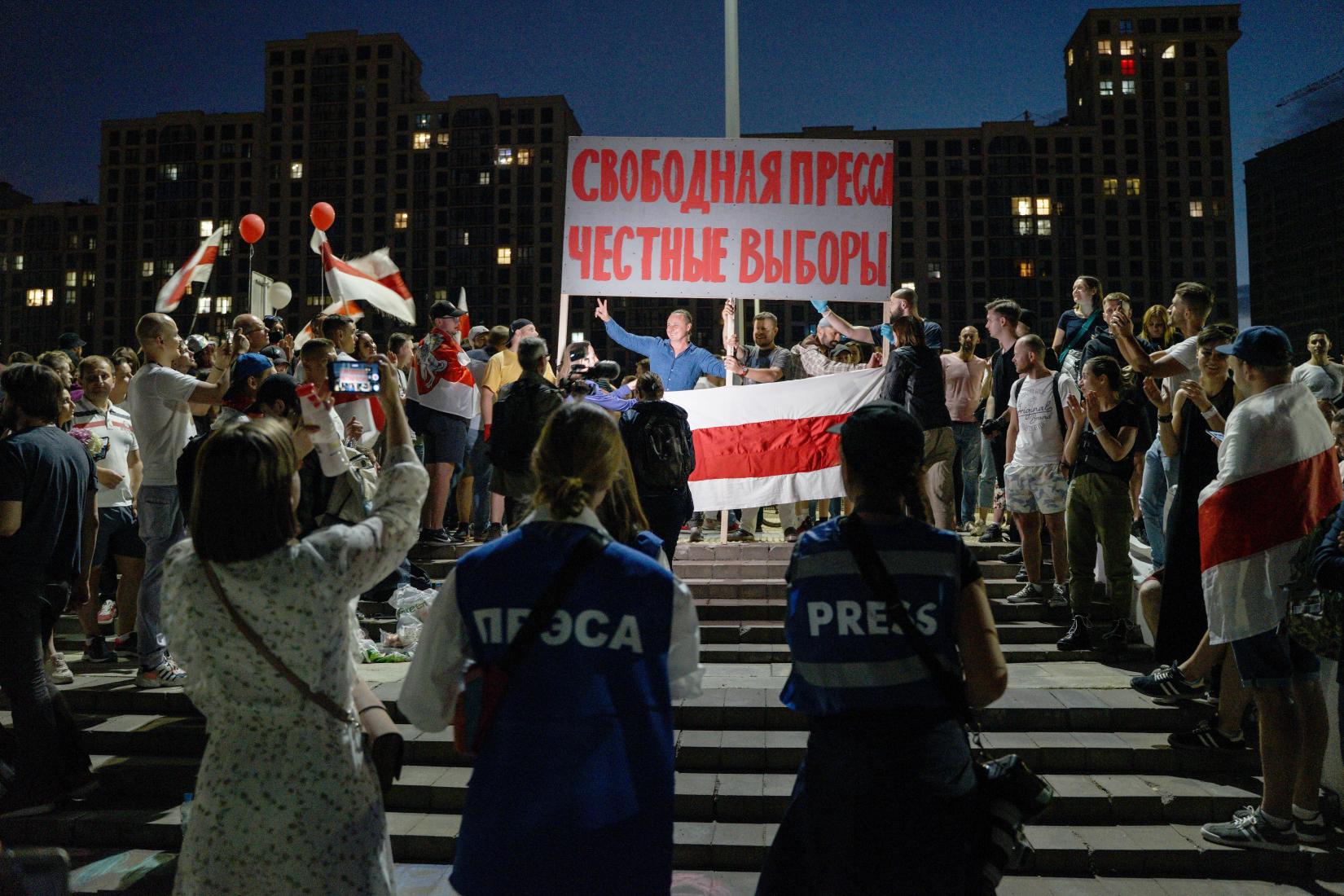 During the post elections protests from August 9 to September 14 in Belarus, security forces detained 198 journalists
Photo | Ksenia Halubovich/UN in Belarus

Launching the report, UNESCO Director-General Audrey Azoulay underscored that the freedom to inform citizens on the causes of unrest and the response from State authorities, are of vital importance for democracies to thrive.

“Journalists have a critical role in reporting and informing audiences on protest movements”, she said.

The report finds that during this period, global protests have been rooted in concerns over economic injustice, government corruption, declining political freedoms and growing authoritarianism.

It details a wide range of abuses journalists face when covering protests, from harassment, intimidation and beatings, to being shot at with lethal or non-lethal ammunition, detention and abduction.

Citing the Committee for the Protection of Journalists, UNESCO said that in some protests, up to 500 separate violations occurred. And during demonstrations linked to the Black Lives Matter movement for greater racial justice, these included the use of rubber bullets and pepper balls, which led to the blinding of several journalists.

Ms. Azoulay pointed out that “for many years, UNESCO has been raising global awareness” to ensure that journalists can do their jobs, “without fear of persecution” and has continued to train “security forces and the judiciary on international norms in freedom of expression”.

However, the UNESCO chief warned the figures in the report “show that much greater efforts are needed”.

The report also contains concrete recommendations for all actors – from media outlets and national authorities to international organizations – to ensure better protections for journalists.

Strengthening training for police and law enforcement on freedom of expression and appropriate behaviour in dealing with the media, is just one of the proposals outlined in the Safety of Journalists.

Others include providing appropriate training and equipment to journalists, including freelancers, sent to cover demonstrations as well as appointing national ombudsmen to hold police accountable for the use of force against journalists during demonstrations.

UNESCO provides technical assistance to Member States, including training for police and security forces on upholding press freedom and freedom of expression.

“We call on the international community and all relevant authorities to ensure that these fundamental rights are upheld”, the UNESCO chief stated.

Key trends identified by UNESCO since 2015

According to the Belarusian Association of Journalists (BAJ), during the post elections protests from August 9 to September 14, security forces detained 198 journalists. Dozens of journalists were beaten and some were seriously injured.BAJ maintains a table in which it documents all cases of reprisals against journalists in Belarus - since the beginning of 2020, 323 cases have already been recorded in it.

In the press freedom rating of Reporters Without Borders, Belarus ranks 153 (Russia - 149).

The NGO "Belarusian Association of Journalists" has prepared an analytical report on Belarus based on the monitoring of attacks and violations of media rights in Belarus, Ukraine, Russia in 2017-2019, carried out by the Justice for Journalists Foundation.

According to the report, Belarus ranks second after Armenia among 12 post-Soviet countries in the relative number of attacks against media workers per 100,000 population with an indicator of 11.4. The main method of attacks on journalists in Belarus is attacks using legal and economic mechanisms - they make up 89%. The main source of danger for media workers is government officials - primarily the police and the courts.