"Towards the Future We Want" campaign kicks off in Belarus

The Republic of Belarus strongly supported the UN initiative when decided to hold nation-wide discussions of the issues important to Belarus and UN, and invited young people to take part in it.

On March 18, Maxim Tank Belarusian State Pedagogical University (BSPU) hosted a symbolic ceremony of signing a plan of joint events to be held as part of the youth campaign “Towards the Future We Want” dedicated to the 75th Anniversary of the United Nations. 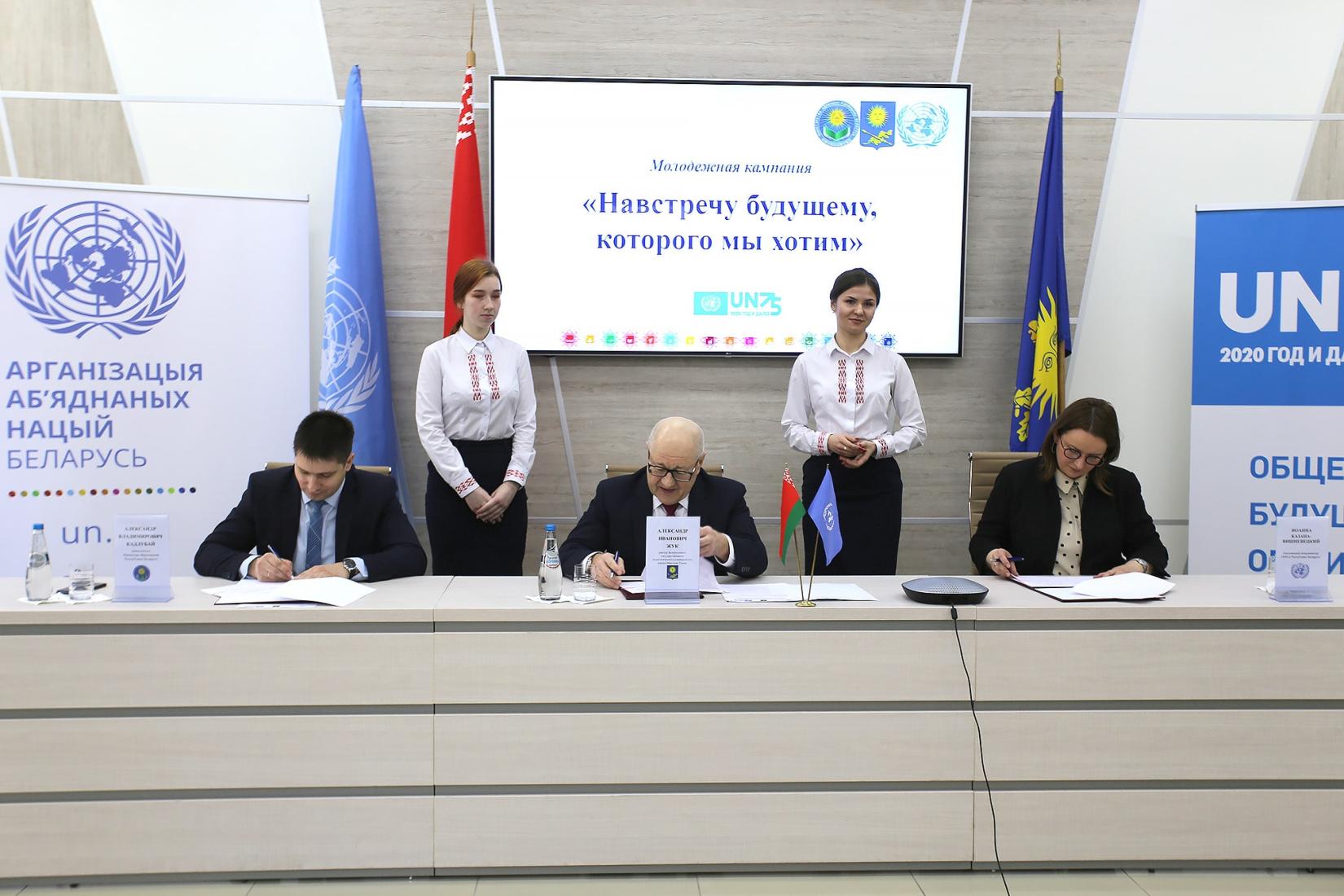 Representatives of UN agencies in Belarus, sustainable development partner group, Inter-University Club of Sustainable Development Goals (SDG) Friends, and SDG youth ambassadors took part in the event. Representatives of regional councils on sustainable development, university students and lecturers - participants of regional events from six regions of the country and the city of Minsk – were able to participate in the meeting via video conference.

In his welcoming address rector of Maxim Tank Belarusian State Pedagogical University Alexander Zhuk thanked UN agencies for cooperation in the area of sustainable development and expressed hope that the youth campaign “Towards the Future We Want” would become a new stage of fruitful cooperation. 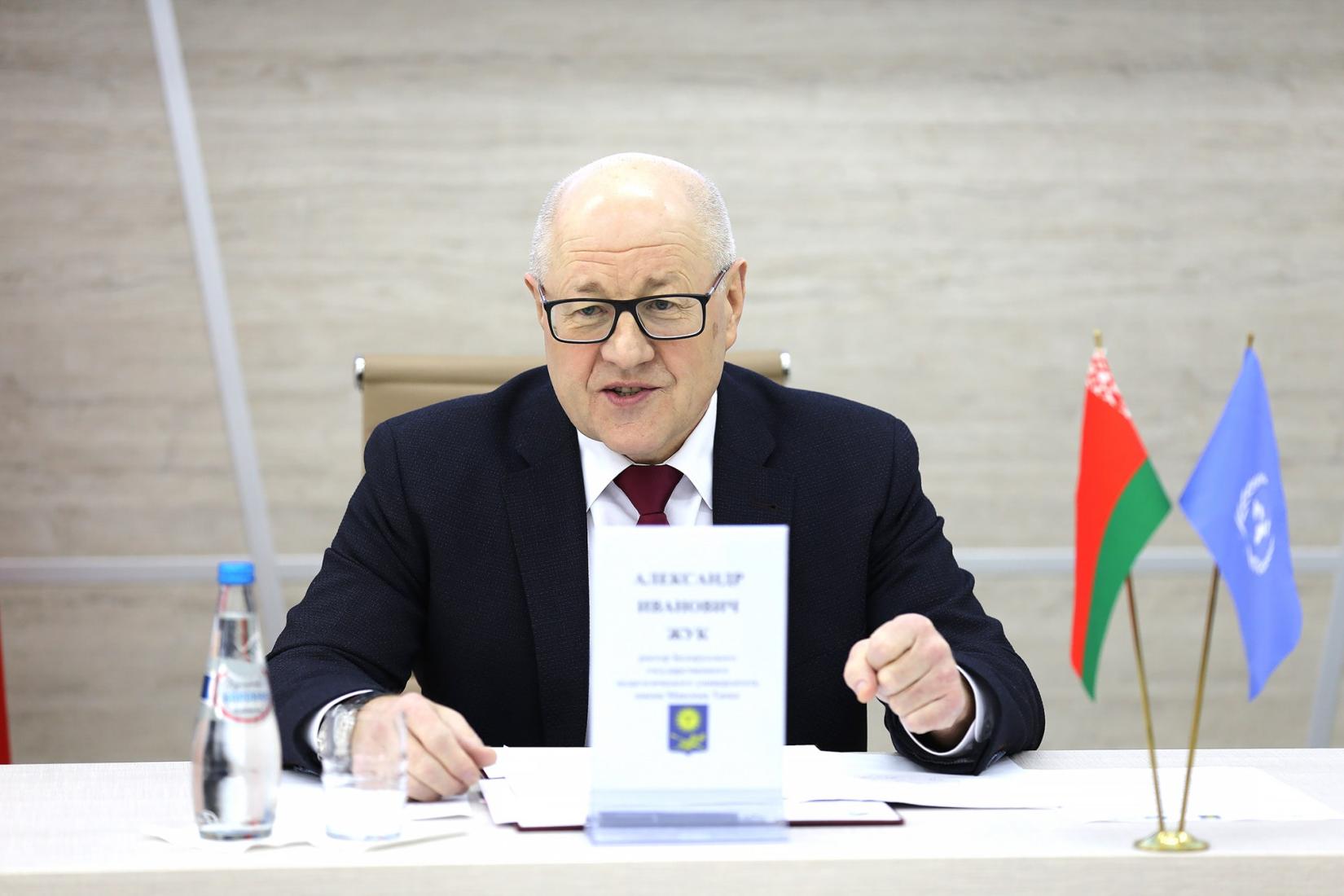 Mr. Zhuk emphasized that the principal participants of the youth campaign are the students studying the teaching profession and pupils of pedagogical classes. “Education is a driving force of all key criteria of development: health, well-being, economics, and environment; it allows to transform your vision of the society as a whole into reality and is the most efficient investment into sustainable development,” said Alexander Zhuk. 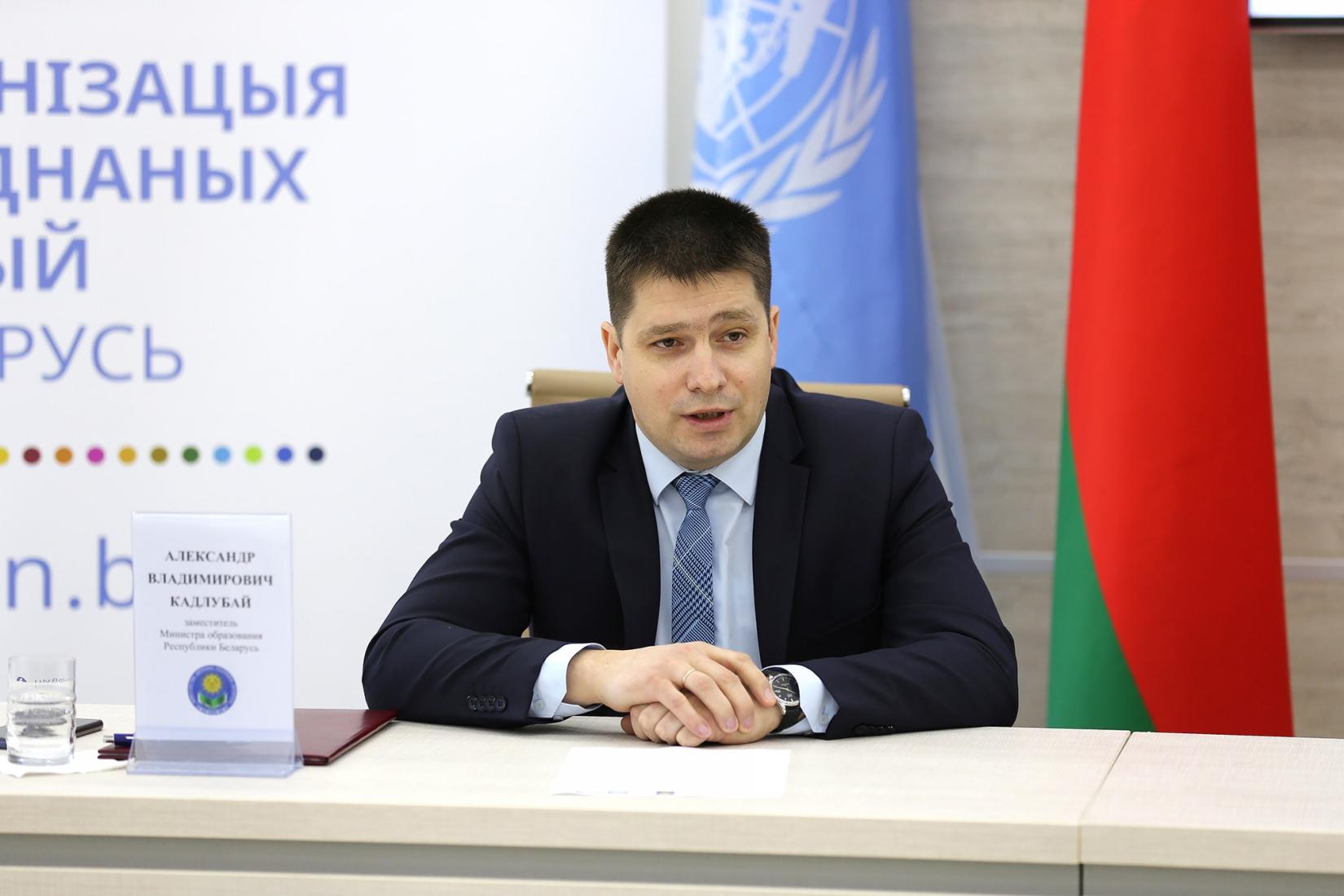 In his speech prior to the signing ceremony Deputy Minister of Education Alexander Kadlubai stated that the plan of joint events would let young people, who are the drivers of development in Belarus and worldwide, look again at the problems through the prism of sustainable development goals, express their views on the way forward for the country and the whole world. He also expressed confidence that implementation of the plan of joint events would be strongly supported by all regional educational establishments. 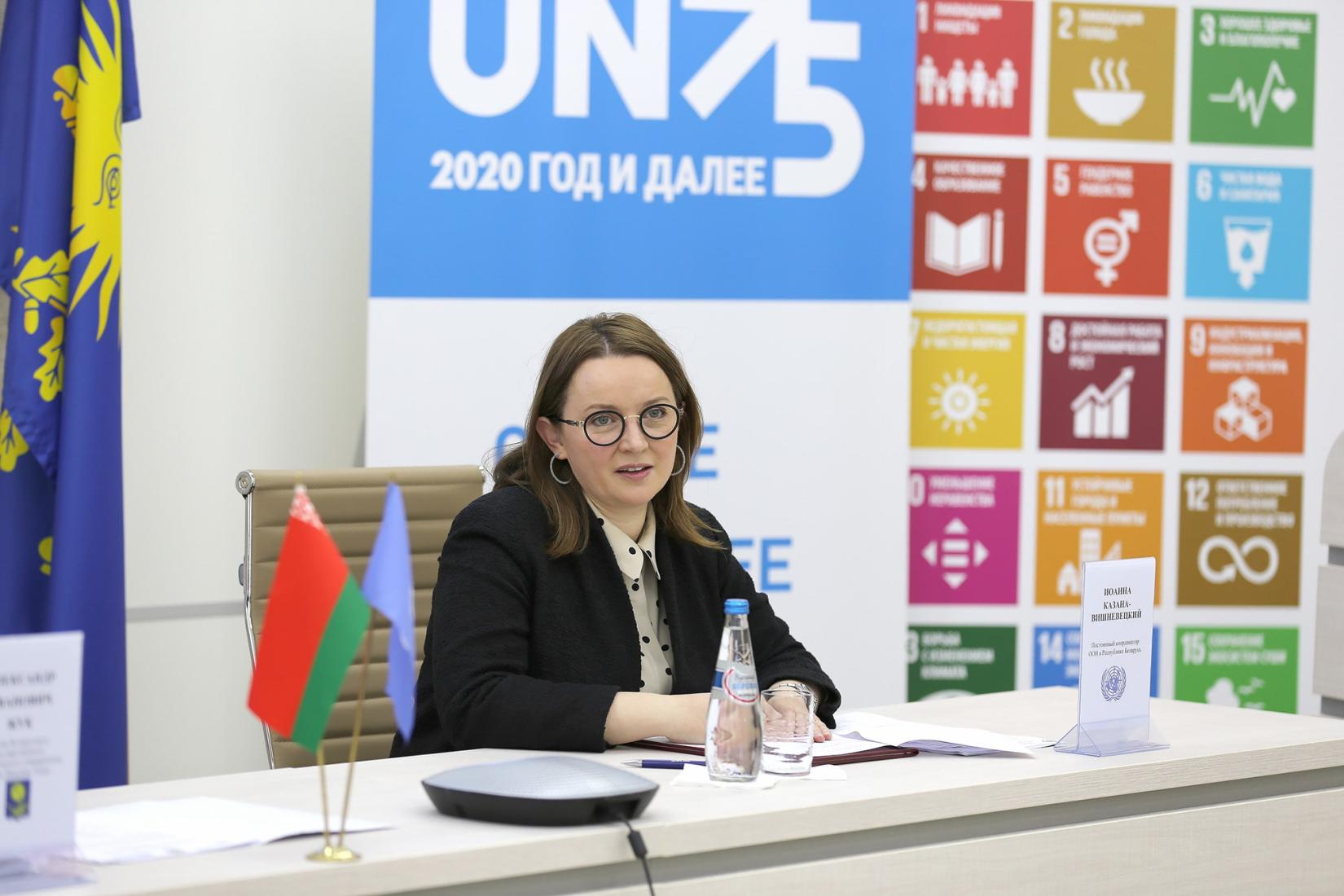 “The key events of the youth campaign in Belarus will be the open discussions entitled, “The Future We Want: Our Ideas and Actions” organized in all regions of the country. During the discussions in Belarusian universities supported by UN agencies in Belarus young people will be able to share their hopes and fears, assess current and future risks and opportunities, and elaborate variants of cooperation,” she said.

In the plan of joint events of the youth campaign “Towards the Future We Want” coordinated by the Ministry of Education of the Republic of Belarus, Maxim Tank Belarusian State Pedagogical University, Association of Education for Sustainable Development, Cluster of Continuous Pedagogical Education, and UN agencies in the Republic of Belarus, a number of joint awareness raising and educational events is scheduled to be held in a wide circle of educational establishments in all regions of the country.