In the opening speech UN Resident Coordinator in Belarus Joanna Kazana-Wisniowiecki underlined that the year of the UN 75th anniversary has brought profound changes worldwide. 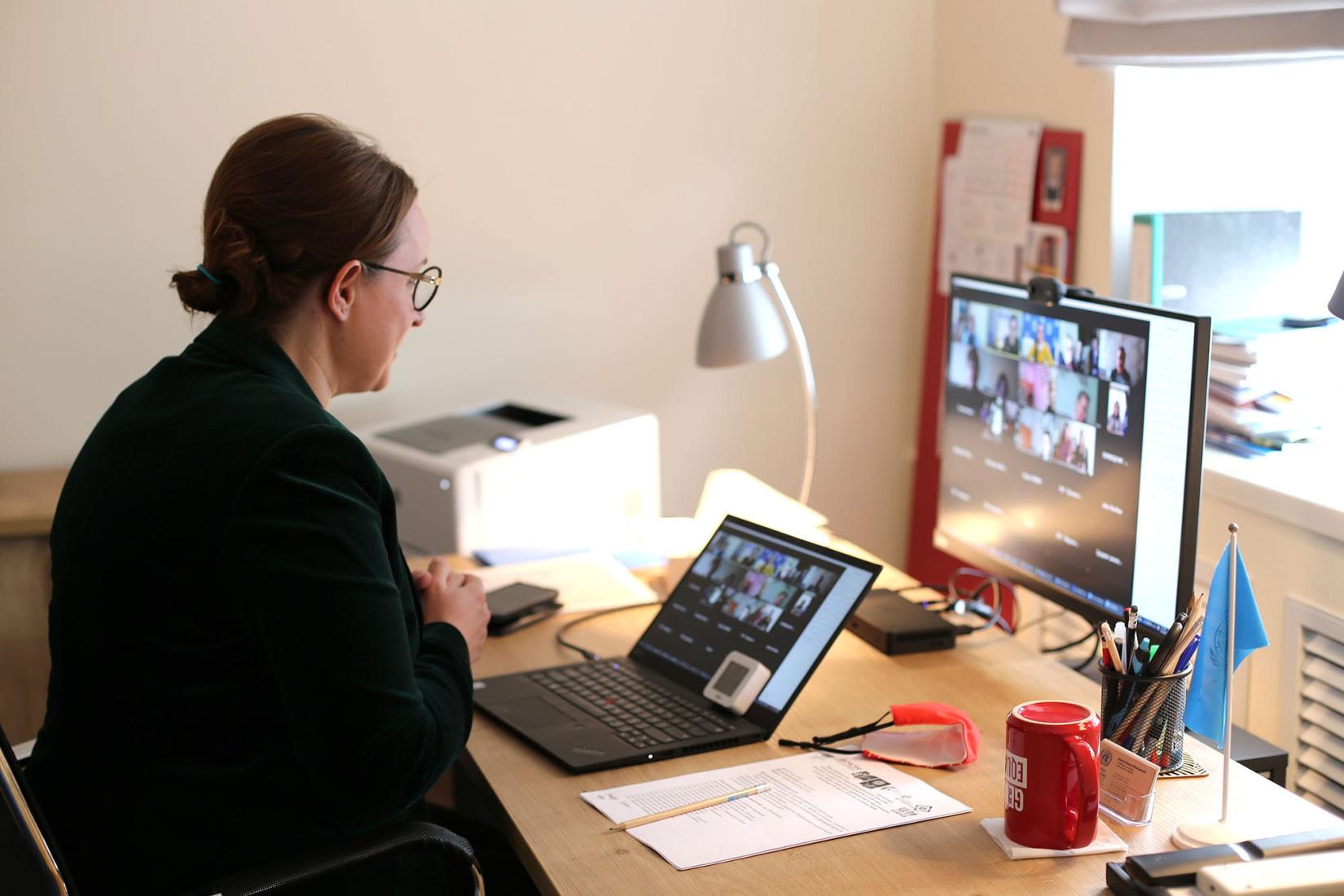 The issues of the political and economic status arise, aggravating polarization at regional and national levels is observed, and the new forms of violence and armed conflicts grow.

Ms. Kazana-Wisniowiecki emphasized that the young generation is the most numerous ever in the world history and urged the young people to take an active part in building the global agenda in accordance with the challenges of both present and next generations.

“One of the simplest exercises of the UN75 initiative is participation in a one-minute online survey on the UN website - www.un.org. Opinions and ideas that you elaborate in regional dialogues and the one-minute survey will be provided to the world leaders and high level UN officials at the important event as part of the 75th session of the UN General Assembly in September 2020», said UN Resident Coordinator.

The subject of today’s regional online discussion is a future without trafficking in human beings. International Organization for Migration (IOM) in the Republic of Belarus has become a moderator of the discussion focusing on the active position of youth and its possible contribution to combating trafficking in persons. 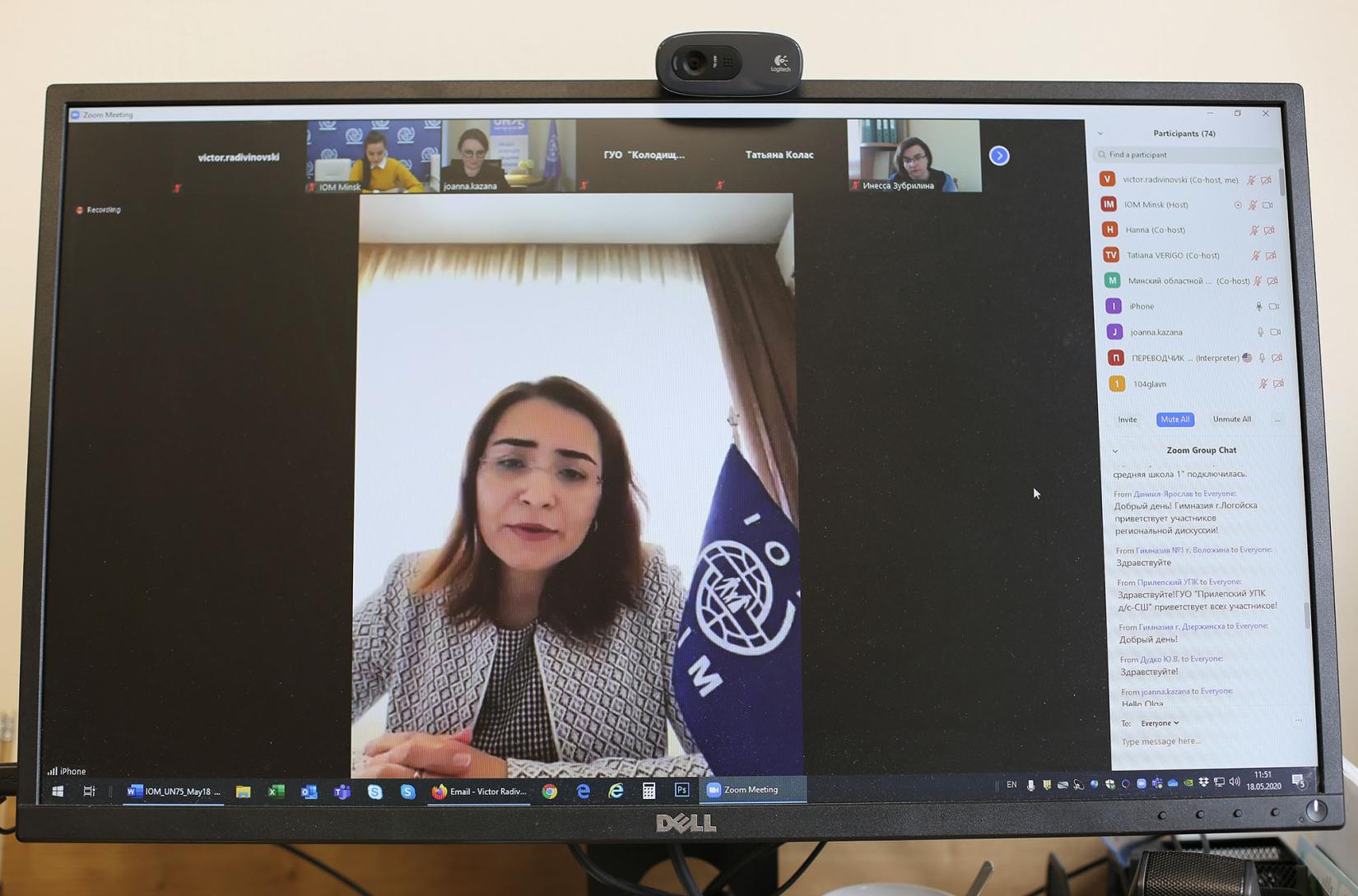 «However there is still one element badly needed to combat modern slavery. It is you, the active young people, who can make their contribution to counter-trafficking. We understand that nobody is able of doing everything, but we also know that everyone can do something», said Mahym Orazmuhammedova, Chief of Mission, IOM Belarus.

During the meeting, the participants exchanged views on the problem, discussed the proposed issues, and shared experience of organizing outreach activities highlighting the subject of combating trafficking.

The next stage of the campaign on the occasion of the UN 75th anniversary will be young participants’ own projects.

«I hope that our discussion will inspire you to create own projects in your schools or communities. It is important. It matters. And now it is time to make the world a better place», Ms. Orazmuhammedova said to the participants.