With thanks to bees

The purpose of the World Bee Day, announced by UN General Assembly in 2017, is to acknowledge the role of bees and other pollinators for the ecosystem.

World Bee Day is celebrated on May 20. The purpose of this international day, announced by UN General Assembly in 2017, is to acknowledge the role of bees and other pollinators for the ecosystem. According to researches bee families around the world have been dying out. Among reasons scientists mention climate change, infections, pesticides, and even electromagnetic radiation. According to the report of the Intergovernmental Science-Policy Platform on Biodiversity and Ecosystem Services (IPBES) on accelerating of species extinction rates (2019), bees pollinate 70 out of 100 plants, which make up 90% of the world's food diversity. The extinction of bees threatens not only the food security, but also work of various industries, medical enterprises and plenty of related areas. And these are far from all aspects of the important role of bees on the planet.

In the story we want to tell today, bees not only ensure the economic stability of a Belarusian family, but also have a beneficial effect on mental health - the foundation of human nature, which allows people to lead a bright and eventful life and participate in life of communities. This is especially important during the period of COVID-19, which undermines not only our health, but also increases mental suffering.

The hero of our story Anastasia Khavryuk lived in Minsk. When she got married, she moved to her husband Alexander, the beekeeper from Volozhinsky district. Initially the woman was afraid of bees, but over time she noticed that working with them brings her joy and composure. So began a great passion and the work of her life. Anastasia received her education in the field of beekeeping. She started producing of various honey types, as well as candles from wax, soap and cosmetics with honey, propolis and pollen. Together with her husband, Anastasia registered agroeсofarm "Honey Queen" and became not only an enthusiastic beekeeper, but also a friendly hostess.

From one trip to Ukraine, where the family exchanged experience with other beekeepers, Anastasia brought the idea of building a house for sleeping on hives-an apihouse. This service was popular abroad but not available at that time in Belarus. The wooden house with places for sleeping has hives along the walls from outside. Sleeping on hives restores strength and energy due to the aromas of wax, honey, and propolis penetrating through holes, microvibration and even bees humming, physiological temperature of the hive, and ionization of the air.

Encouraged by the beneficial effects of sleeping on hives, Anastasia attended apitherapy courses. In 2018 she built an apihouse, and in 2019, when bee families awaked from wintering, over 100 people experienced the beneficial effect of sleeping on hives. Some visitors become regular customers. Anastasia, the mother of three children, says that nothing contributes to deep sleep and rest more than the measured buzzing of bees and the warmth from a bee family.

“Our customers appreciated the beneficial effects of sleeping on hives. Many visitors return to use this service again. Due to the situation with COVID-19, we are temporarily closed, but we are waiting for our guests as soon as the situation improves, ” adds Anastasia.

Building an apihouse at agroecofarm "Honey Queen" was a part of the initiative "Improving Infrastructure of the" green "route" Volozhin Gifts”. The initiative was carried out within the project “Promoting local development in the Republic of Belarus”, funded by European Union and implemented by United Nations Development Program (UNDP) in cooperation with the Ministry of Economy of the Republic of Belarus in 2014-2018. 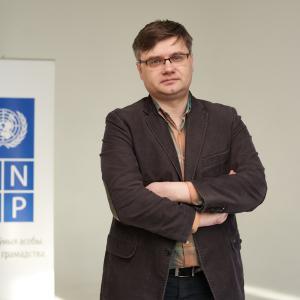