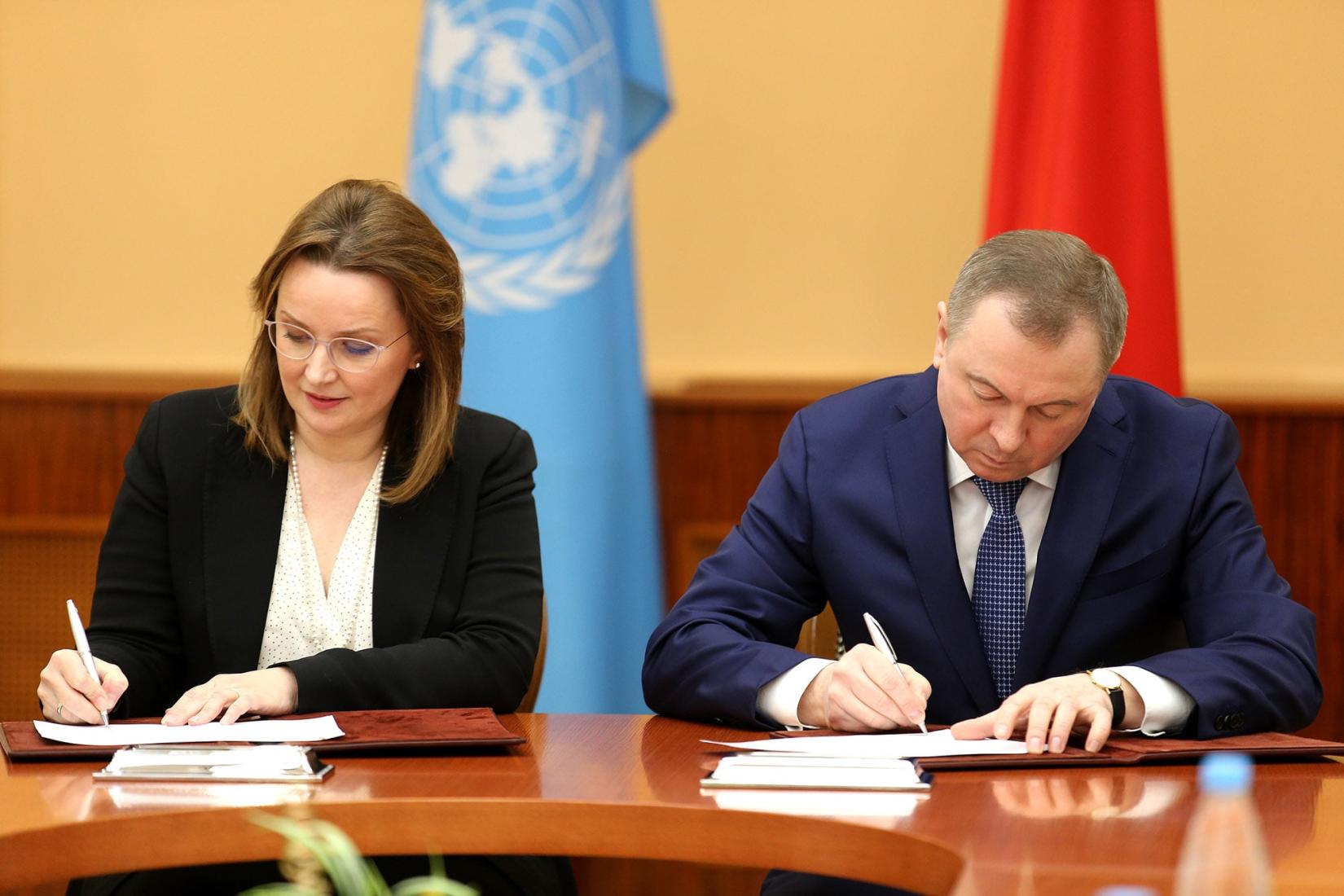 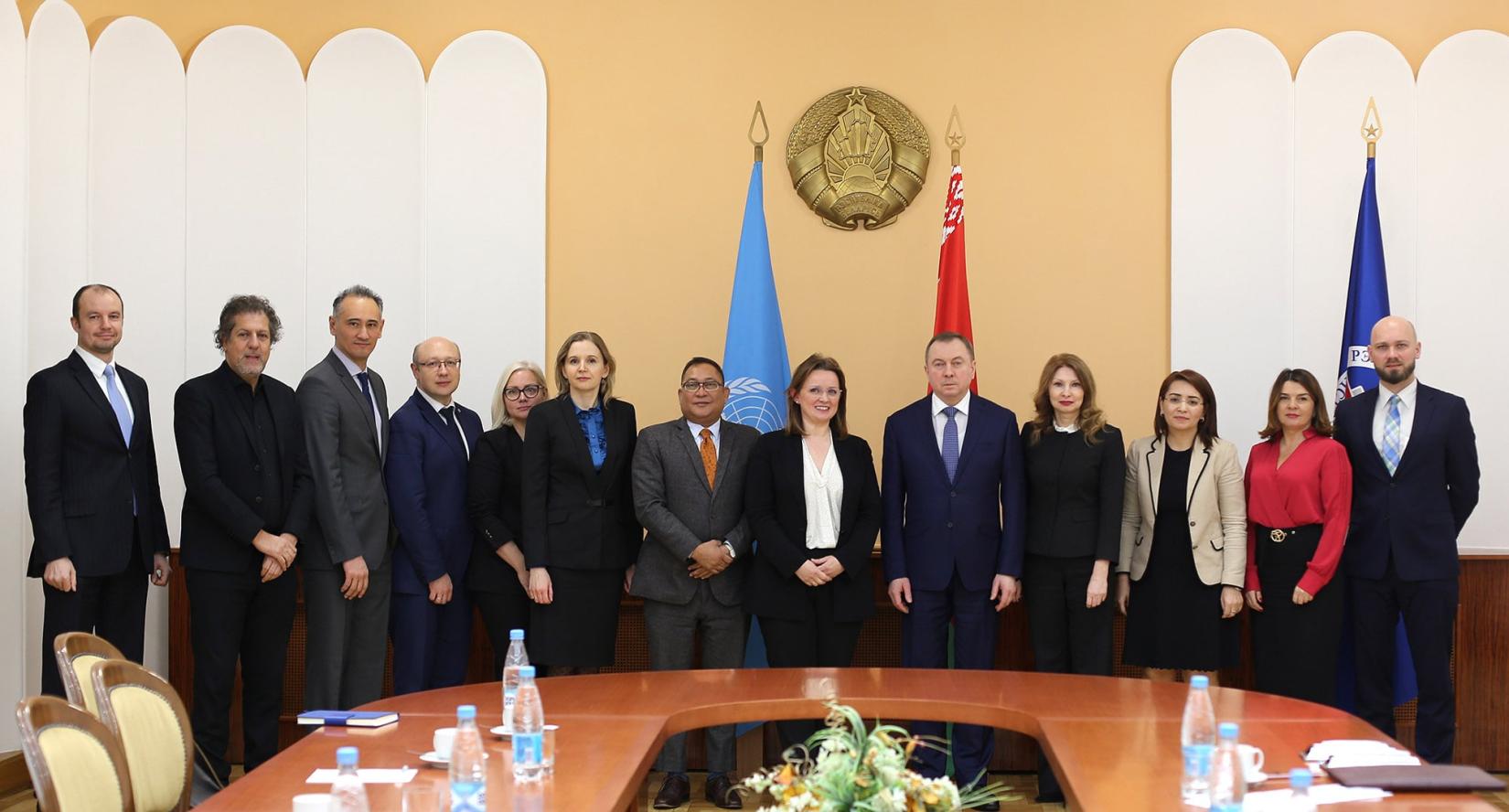 Among them there are Ministry of Foreign Affairs, Ministry of Communication and Informatization, Ministry of Education, Belarusian youth organizations, Commission on Youth Affairs of the House of Representatives of the National Assembly of Belarus. Active participation of the National Coordinator on SDG implementation, Council for Sustainable Development members, and many other policy makers is expected.

Speaking at the signing ceremony Belarusian Foreign Minister Vladimir Makei stated that the Plan was a result of collaboration of the Ministry of Foreign Affairs and the United Nations.  While implementing this Plan it is important and necessary to bring the UN work closer to the people of Belarus making it more comprehensible so that they learn about the role of this organization at the global and country levels.

For her part, when thanking the Ministry of Foreign Affairs for the initiative of the joint Action Plan signing, UN Resident Coordinator Joanna Kazana-Wisniowiecki emphasized that the planned events would show the whole world how UN remains relevant and can be a tool in finding solutions for the global challenges. She also stressed that the UN75 initiative was intended to examine the vision of future by the youth and those groups of population who normally do not have power to influence the UN activities.